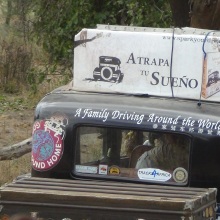 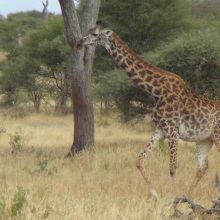 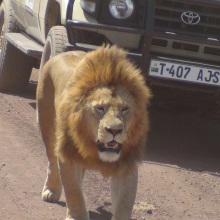 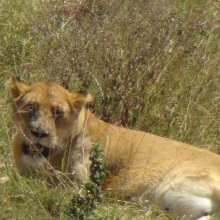 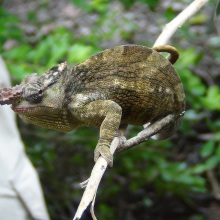 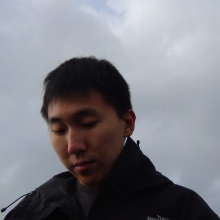 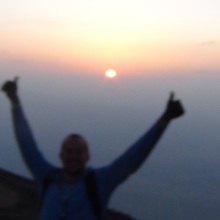 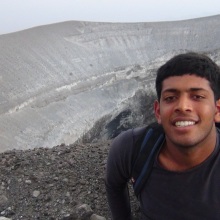 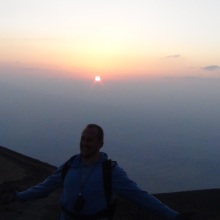 What a week! My first week here has been action-packed, enthralling, and sometimes frustrating too. After sprinting across the entire Amsterdam and barely making my connecting flight with about 10 minutes to go, I finally arrived at Mt. Kilimanjaro Airport last Sunday without any luggage. After a 30 minute drive, I met my host family, Baba Bernard and Mama Jay, who are going to be my surrogate parents for the next month. They have a nice home about 40 minutes away from TCDC, the school where we will be learning at for the next month. I also am lucky to have 4 homestay brothers and sisters! They’ve all been very hospitable and made me feel at home. (don’t worry Mom, I’ll come back soon enough!)

Every day, Baba Bernard drives my roommate, John, and I to TCDC early in the morning at 8:30 (I actually have to wake up before 7 just to get to class on time…) for Swahili lessons. I haven’t been this excited to learn a language since… well ever. We learned some basic greetings and I can introduce myself to people now. Doing homework in a workbook, takes me back to freshman year of high school, but at least I’m learning with some intent as my life (and even patient’s lives) may very well depend on my proficiency next month.

After Swahili lessons, we have engineering lessons. Dr. Fryda or Larry as he likes to be called teaches us what goes on behind medical devices. So far we have covered ventilators, oxygen concentrators, fluid pumps, and a few more instruments. It’s all pretty theoretical and supplementary information, but it’s pretty interesting to see how basic physics is applied in all these devices. After lecture we have lab, where we learn basic engineering skills such as soldering and making circuits.

The first few days were kind of rough without my luggage. Being in the same clothes for 5 days was a real struggle and because of the jetlag, I would barely sleep at night even though I was tired. It’s easy for me to say that it was all bad, but I remembered to keep things in perspective. Literally, there were people outside our house who didn’t have more than 1 set of clothes and couldn’t take showers. I think this experience will be important in the coming months. It’s important to remember all the good things in my life no matter how frustrating the situation might be to me.

Last Friday, we went to Mt. Meru Hospital for the first time. This was the first time we were going to be able to put the knowledge we had learned over the last week into play. Along with a team of 4 other people, I work on an oxygen concentrator. This was the first time we got to open up a machine and see how it looked. Even though we knew how it theoretically worked, every machine is different. A lot of these devices have been donated from hospitals in developed countries, so they are usually outdated. Moreover, there are usually no manuals and we can’t call the company to come and repair it. Still, we have to get it functioning so the hospital can use it. Usually the problems are basic and easy to fix, but like always, this was one of those exceptions. The first step was to find out what was wrong. We quickly realized that the output pressure was severely low. We checked the power supply, the filters for leaks, and any all of the other places for the easy fixes, but this barely affected our output. After discussing with our instructors, we decided to “explore” the motor. If a motor is not functioning, there is usually nothing you can do, but we found that the valves had been overused and bent, so we flipped them hoping that was the fix. We closed it all up and tested it. The motor ran for about 3 seconds before kaput. it died. Or so we thought, turns out that our plug was not completely plugged in. We thought we had killed a motor! (It’s almost impossible for us to do that.) After closing the machine up and testing the pressure, we still found that we were barely concentrating any oxygen and the pressure was still way too low. Next week, we are going to change the zeolite tanks (it collects the nitrogen in air, to “concentrate” the oxygen”), but it’s likely that it won’t change the output too much. Opening the machine was a great learning experience. I now really understand how the oxygen concentrator works, and how frustrating it is to have a stripped screw. But what’s more irritating than that is when at the end of the day, you’ve made so little progress. Anyway, we’re coming back next week, so hopefully I’ll have some better news next time. 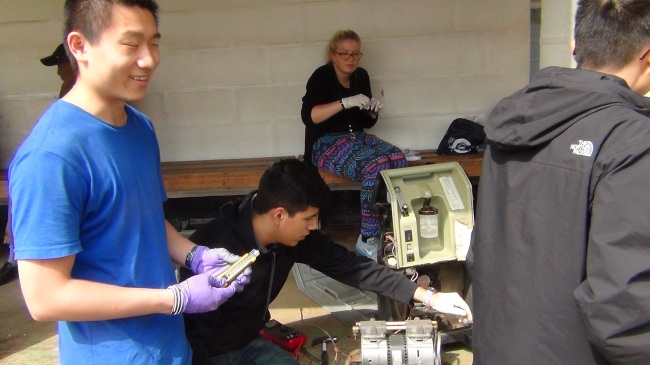 After Mt. Meru, we walked around Arusha. We ate at an Indian restaurant (yes I still miss Indian food!) Most of the rest of the day was spent walking around Arusha and getting to know the other group at EWH. I know it’s sterotyping but Arusha reminds me so much of India a few years ago. The dirt roads, the new buildings coming up, driving on the left side of the road. Even the language has some similar words like gari, kitabu and safi; car, book and clean respectively. After seeing India’s growth in the last few years, I am sure that this place will grow very fast in the near future.

On Saturday, EWH organized a day trip for all of us to bond.  We visited an arabica coffee plantation. We learned how to grow the coffee beans, de-shell them, roast them, and grind them into the coffee powder found in grocery stores. Coffee plantations are 3 year investments that may not be even profitable until the 4th year, so many farmers also plant potatoes and bananas (a luxury food) to stay afloat. We also got to visit the Chagga caves. The Chagga tribe is one of the only tribes to survive the Masai (the infamous nomadic warrior tribes) attacks. They built these extensive caves to hide their women, kids and cattle from the Masai. They developed a plumbing and ventilation system to drain water and provide oxygen. Hopefully I’ll be able to upload some of the footage I took. Finally, we ended the day with some traditional Tanzanian lunch.

On Sunday, I went to church for the first time. I did not know what to expect other than from what I’ve seen in movies. At home, when we went to temple, we would go for about an hour. Moreover, I had never been to an African Church, so I was in store for a whole new of firsts. Overall, my experience was quite entertaining. The service pretty much took up the entire day, and it wasn’t just a long sermon. There was dancing and a lot of songs too! It differed a lot from what I expected and what I am used to. The community at the church seemed very tight-knit like everybody knew everywhere and it was much more lively than what I’ve experienced at any temple.

Can’t wait for what’s in store next week! I’m going to try and update more frequently, so that I don’t have these long posts again. Baadaye! (later!)

View all posts by arijain37

5 thoughts on “Week 1: The Adventures of a Mzungu”